1:30 am Friday January 6th 2018. I woke up soaked in sweat and with intense urge to vomit. My head was pounding and I fought it for a second (is this really happening, is it this dreadful sinus cold I have, did I eat something bad?!) Quickly untangling myself from my sleeping bag, I rolled off my cot, unzipped the tent and mad a dash for it... except, there was dead silence. Dead silence among the numerous tent campers trying to get a restful night sleep before the Bandera 100k (National Championships Trail 100k). Where could I possibly throw up where I wouldn't startle anyone?! 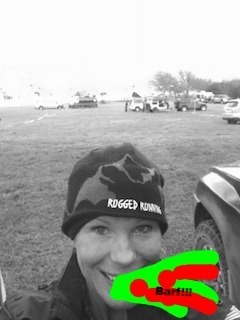 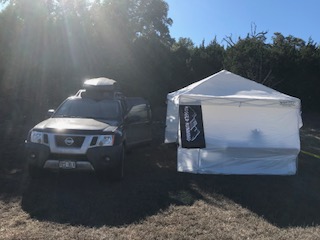 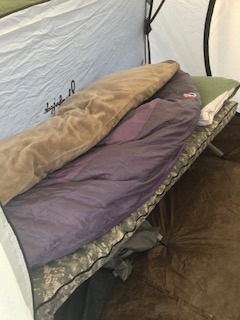 No time to think, just go! I heard the hum of a generator across the field. OVER THERE!... by the porta potties would be good, I thought. Just try to make it to the porta potties. Maneuvering around the tents, through the lumpy field, vomit shot out before I could even make the corner. Now in a panic, I hustled a little farther to the grown over weeds and away from the tents letting the sound of the generator (hopefully) cover up the awful hurling noise (MAJOR apologies for anyone who may have heard).

This would happen 3 more times until finally, at 4:30 am I decided to try to nurse it. Tums and pedialyte would not work, but finally after 5 I was able to hold down some chicken broth. Trying not to panic giving the situation and a race start time of 7:30 am.. I had no choice but to try to ignore it, get ready as I normally would, and pray I could at least hold the broth down to regain some hydration. Before heading over to the start line, I tried to eat a handful of chex, it would stay down... for awhile :) 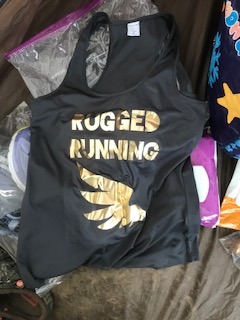 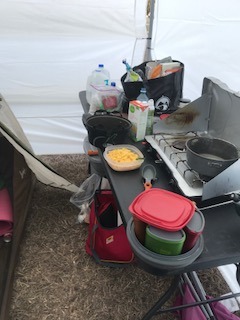 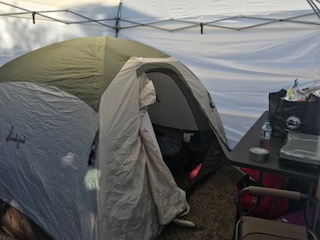 Nervously awaiting the start, I was very grateful to have friends and clients join me. Shout out to Belmont Boswell and Rameen Armajani for all of their help, Dylan Armajani and Anna Hailey for joining me on the trails! And the crew peeps the helped step up to help Paul and John.

The first 15 miles would be zombie mode, however, my stomach and energy levels felt surprisingly okay! My hips, another story...fluid, heat, and fun old inflammation started creeping in. I could literally feel my joints filling up with fluid and getting stiffer and stiffer, until eventually, I was forced to walk. I couldn't believe it! I wasn't even to the 50k yet! My heart broke as I saw Camille trotting off in the distance.

For a brief moment, I wondered if I was going to have to quit by the time I reached the 50k mark. HELL NO!.. No way was I going to stop. After all, I could keep walking (at RRR 100 in the fall, I couldn't even do that). I drove almost 14 hours to get here and I'm going to be on the course for at least that! Chicken broth and some pieces of health warrior bars seemed to be the only thing I could keep in and it also seemed to help keep the arthritis at bay somewhat. My gait was shortened considerably, but I shuffled my way through the sotol once again as I made me way through the 2nd loop.

At one point I was met by Clair (speedy lady that took over my current spot at 2nd place), but due to illness, my baby step shuffle would pass her back again for the 2nd place spot. My mind frequently thought of Anna (a great friend and client), who I knew was lurking behind, but was also battling sickness (respiratory infection). Dragging on by her hubby, I screamed, "Tell Anna to lay the hammer down, she can catch me too!"

Some how, I managed to hold on to that 2nd place position, but had already decided to pass the Golden Western States ticket to Anna if she finished in 3rd. AND SHE DID!!! Blessed to coach her, I feel it's a better team effort to use her strength and my coaching for the best result!

Fill in the blank with Anna's response! :)

So, although it seemed as if I were "back" and "strong" and healthy.. I was actually far from it. Not because of the sinus cold or flu, but more so my hips. It was extremely frustrating for me not to be able to run to my potential. The reality is, I'm not supposed to be doing this. I'm not supposed to be running ultras, my surgeon only temporarily fixed what he could until I cannot take the pain anymore, then it's total hip replacements. I don't expect anyone to feel sorry for me, I am doing this to myself (not that I asked for the bad card to begin with, for those who don't know, my bones grew wrong when I was a kid and I found out the hard way a few years ago). But as I see it, there are two options, close shop, quit, give it up, or FIGHT FOR IT!

I've obviously chosen the later, although I've learned to supplement running with mountain biking too and to be cautious of just how much running I am doing (QUALITY OVER QUANTITY PEOPLE ;) !!! To those suffering from health problems, injury, illness, or even the miscarriages (as I did in the previous months), shed some tears, but RISE UP! You are stronger than you think. 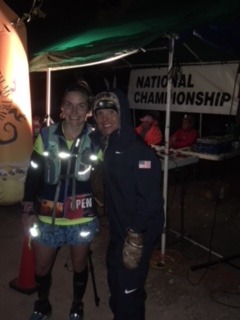 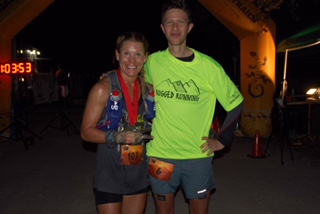 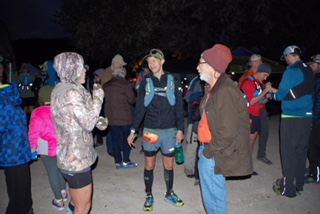 MAJOR THANKS TO MY SPONSORS!!!

NOT TO MENTION... Tejas Trails and all of the volunteers that helped get me to the finish line! (Liza Howard, Melanie Rabb)!!

Check out the podcast on this here: https://ultrarunnerpodcast.com/michele-yates-2018/

I have a tentative race schedule of:

AUGUST!!!! Join us for "THE CAMP" .. a unique, fun, learning experience held in the Gunnison National Forrest. video here: https://youtu.be/TywLheKPVuk